Understanding Your GSA Contract Number – What is it? There is a particular method for how the organization came up with this number, which is vital in making essential transactions within the government market.

This article will discuss the relevance of acquiring a GSA contract number for businesses.

What is the GSA Contract Number?

Once federal buyers ask you this, you must know where to find this information. The GSA contract number gets written within the contract in this format: 47XXXXXXXX (legacy: GS-XXX-XXXXX). The first two digits (GS) used to stand for General Schedule. The three numerals next to GS refer to the business’s particular schedule type. This type is dependent on the specific GSA Schedule that the contracting officer assigned to the company. As an example, GSA IT Schedule 70 utilizes the code 35F. Lastly, the five digits next to the Schedule code refer to the code unique to your company.

Moreover, acquiring a GSA contract number offers a plethora of benefits from which the businesses can benefit. Consider the following pros to set a competitive edge for your business:

Appeal to the Federal Buyers

Businesses that hold a GSA Schedule receive a GSA contract number. This number signifies that the firm is a reliable and trusted supplier. Federal buyers acknowledge that these enterprises managed to surpass the tedious application process on the GSA Schedule. This number makes it easier for companies to make a sale within the government market.

In addition to the recognition, federal buyers would likely purchase from GSA contractors for the streamlined services. As early as the application process, GSA manages prices and acquisition options with the potential contractors. Pre-negotiated fees and settled acquisition methods eliminate the administrative tasks that come with managing sales. It helps businesses focus on preparing the supplies, making them ready before the buyers know it. In other words, there is less work and lower liability to obtain supplies from those with GSA Schedule contracts.

Being on GSA Schedule means that businesses can gain access to a plethora of GSA tools. Your business information, along with your GSA contract number, will be listed in the GSA Advantage and E-Library. In this way, the business is more exposed to government buyers. They can quickly look you up using these resources when requesting bids and placing product orders. One of the most important tools that companies need is the GSA eBuy, the platform for bidding supplies with federal agencies.

However, it is essential to note that the GSA has modified the contract number format since 2018. It complies with the new Federal Acquisition Regulation (FAR) rules.

How to Search for the GSA Contract Number of Businesses

One way to quickly check the GSA contract number of any particular company is through gsaelibrary.gsa.gov. All you need to do is look up the business’s name from the search bar and hit enter. The system will display the firm along with its contact information page. You can find all the relevant information and their GSA contract number to verify and make it easier to communicate with them.

The Federal Acquisition Regulation (FAR) made certain amendments to establish a standardized format for the Procurement Instrument Identifiers (PIIDs). The PIIDs refers to the format used to determine the organization’s federal contracts, agreements, and orders. These numbers are unique to every business. The new ruling took into effect on October 1, 2017, which prompted the GSA to adapt. As a result, the agency followed the FAR’s new format to the awarded GSA Schedule contracts.

The newest format of the GSA Schedule contract number is composed of 13 characters along with six elements, including the following:

There is a different format to the GSA contract numbers of awarded tracts before the fiscal year 2018. The structure is GS**F*****. The government implemented this change at the beginning of the fiscal year 2013 in compliance with the Federal Acquisition Regulation (FAR).

The agency had been assigning different letters starting with the letter “A” for every fiscal year. However, some letters, including I, O, Q, and Z, were skipped throughout the years. Eventually, the agency ran out of letters to give based upon the English alphabet in the fiscal year of 2012. For this reason, GSA started providing two characters every fiscal year. They are changing the number of characters allotted to the contract number from four to three.

The GSA Schedule Contract numbers awarded to businesses before the fiscal year 2017 involves ten characters and five elements, which includes the following:

There are specific changes made in the GSA contract number to follow the modifications of FAR rules. Overall, obtaining a GSA contract number may not be required to be able to transact with the federal government. However, this can be extremely beneficial to expose a business to federal buyers and speed up sales. Certain federal agencies leverage GSA schedules to streamline the acquisition of products and services, making it worthwhile to be on the GSA Schedule. 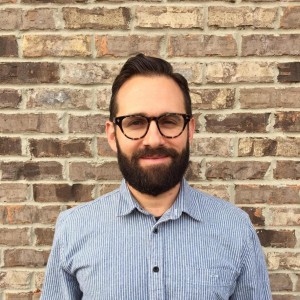 What is a Teaming Agreement?

One is obligated to remain current on regulations that are always subject to change, to comprehend and work around challenging constraints, and most pressingly, to What You Need to Know About the Federal Supply Schedule

The GSA’s Federal Supply Schedule (FSS) program simplifies the procurement of commercial supplies and services for federal agencies, allowing them to save money by purchasing One of the best opportunities receiving a GSA Schedule can afford your company is a higher pay rate. Even though government salaries may not be What are GSA Auctions?

Regarding secondhand items, consumers are always on the lookout for great deals. Thus, it is not uncommon for people to be suspicious when they see